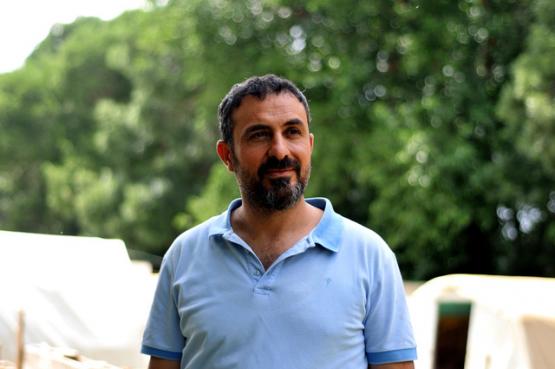 Born in 1971 in Mardin, the artist who continues to live and create in Diyarbakir, works on video-based montage and participates in local and international exhibitions. In 2003 he curated the exhibition called “Eye Contact” in Diyarbakir Art Center. In 2005, Ozgen joined the International Artist Studio Program in Rooseum Contemporary Art Center in Malmo, Sweden. During the same year, he was awarded “Prix Meuly” in Kunstmuseum Thun in Switzerland. In 2008 he attended the Can Haven exchange program in the Center of Creation and Contemporary Thought in Mataro, Barcelona. In 2016 Ozgen attended the residency program PM / HIAP Safe Haven Helsinki in Suomenlinna. He was awarded the “Polarized! Vision is War/Peace” with his film “Wonderland.” From 2016 to 2017 he was the curator of the collection, “In-Between Worlds” in the name of Luciano Benetton for İmago Mundi Kurdish Contemporary Artists.

In 2018 he opened his first European personal exhibition in Fundació Antoni Tàpies in Barcelona organized by Han Nefkens Foundation. Monography Giving Voices, has been organized by Hilde Teerlinck and published in Sternberg Press in Berlin. Ozgen’s work has been exhibited in several biannual, art institutions and museums across the world such as Tate Modern, Louisiana Modern Art Museum, Pinakothek der Moderne, Seoul Museum of Art, Cleveland Triennial for Contemporary Art, and Manifesta Palermo. Additionally, Ozgen has attended many workshops in Beirut, Damascus, Diyarbakir, Enschede, Hartum and Taipeiı. Ozgen, has worked as an activist ito support several ecological initiatives and has offered contemporary art classes in Turkey and  abroad. Ozgen is among the founders of Loading Independent Art Space founded in Diyarbakır in 2017. 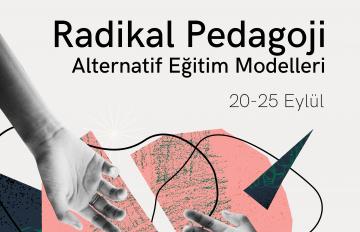 This program offers techniques, ways of thinking and activities to ignite critical thinking in learning spaces. It brings suggestions on the ways in which creative projects can concentrate on topics such as social justice, differences, collective living, empathy, climate and environmental problems, as well as how non violent communication can be cultivated in the classroom. It asks questions on how students can benefit from artistic inquiry methods and develop their crtiical thinking skills with a focus on social change from the early years of their education life.