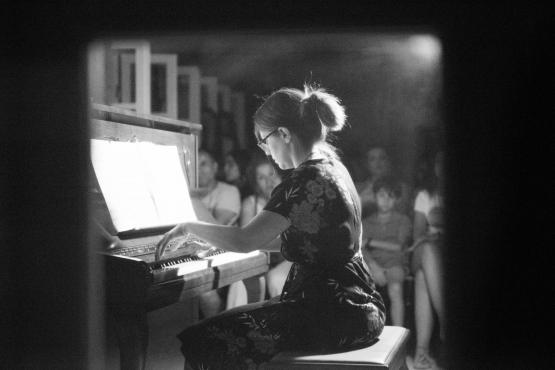 Eser was born in Istanbul and grew up in Izmir. She studied piano at the Dokuz Eylül University State Conservatory. She tought piano between 1999-2016 at Anadolu University State Conservatory, in Eskisehir. She also obtained her master and PhD degrees from the same institution. In 2012 she began to be interested in ceramics. In Thessaloniki she worked on throwing with Hector Mavridis for ten days in 2013 and 2015. After that she continued to produce ceramics in her home-studio. Since March 2017, she continues her work on ceramics and piano in the Nesin Art Village.