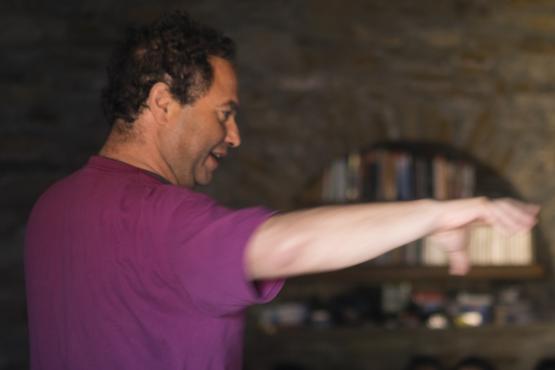 Deniz Aslan was born in Istanbul in 1964, graduated from Istanbul Technical University (ITU) in 1986. He acquired his master’s degree from Yıldız Technical University, Institute of Science, Landscape Planning Program, with his thesis on "Historical Processes of the  Green Areas of Istanbul Bosphorus in terms of Landscape Architecture and the Exploration of Recreative Areas Open to Public Use". In 2000, he completed his PhD studies at  ITU Institute of Sciences and received a doctorate degree in Architectural Design. Aslan won the Young Architects Award with his Denizli Tennis Club Project and Ortakoy Jewish Cemetery Projects (together with Arda İnceoğlu). Together with Arda İnceoğlu, İpek Yürekli, Sevim Aslan and Cem Altun, they received the National Prize at  8th National Architecture Awards with the ABS Headquarters Project. Within the scope of the same program, he was also rewarded with another prize with a workshop titled "Practices in Space", which he curated under the program "Dreams and Thoughts". He was awarded with many prizes in national competitions. He published articles and created projects which are widely known in national and international platforms. At the same time, he contributed to many exhibitions, curatorial workshops and worked as a jury many times. He was one of the founding members of the Department of Landscape Architecture at ITU Faculty of Architecture. He still continues his academic career as a lecturer at the same university in the Faculty of Architecture. He is one of the founding members of the Trafo Architecture Company and is the founding partner of DS Architecture. 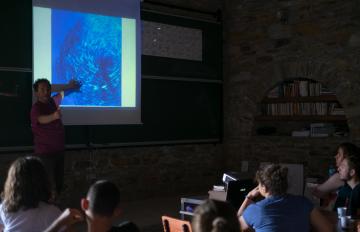 This is a theoretical course that provides seminars on the following topics: Understanding nature as a basis and comprehension within its endogeneity and its connection to human beings; from fundamentals to future, with the questions on space and place,