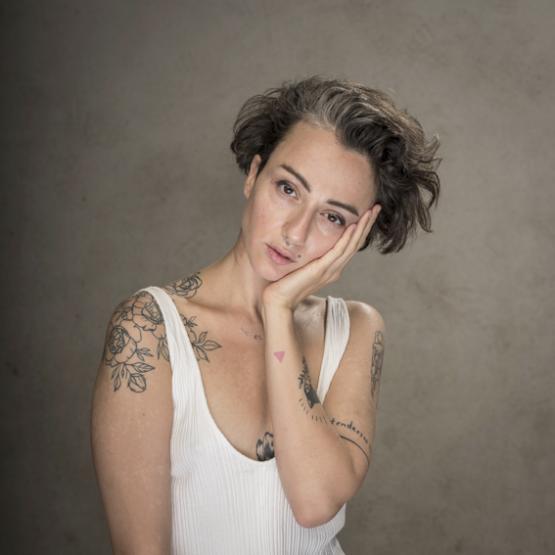 1985, Izmir. Currently based in Istanbul.

The artist produces mostly in the field of performance art but also (rarely) in other disciplines like installation, video, photography etc. She* sees the process of making art as a performative research on theself. She uses the work as a tool to transform her limits and her subjectivity and also to create new corporal concepts to think, to imagine, to dream, to act, to be and to become. Her works are always based on this two layers: The transformative power of the body work and the intellectual/political/ethical concept (which speak with one voice to her) of the project. She views the body as a resource to be unravelled; as a laboratory of emotions, fears and limits; and as an intensity space of encounters. She believes in the power of the present and the touch. If and when she needs to define herself as an artist, she chooses to use the ‘queer artist’ title. Her take of ‘queer’ does not only refer to an area beyond heterosexuality and binary sex, but also to a space beyond normativity itself.

She has been in the advisory team of a series of queer theory writings called Queer Düş’ün (queer fantasy/thought) -still publishing since 2012- and has been the translator of some queer books in the selection, in Sel Publishing House. She also edited and compiled a queer theory book called Queer Temaşa (queer contemplation/spectacle), also published as a part of the series, again through Sel Publishing House (2016).

She was a member of Istanbul Queer Art Collective between 2014-2017.

She pursued a queer collaborative performance project called fuckmekitty between 2016-2017.

She continues to her performance works as a Performistanbul international performance platform artist since 2017.

* according to her taking gender as a non-stable property of people themself, this pronoun might be switched between she/they/ze in the future, for awhile, for sometimes or for constantly. 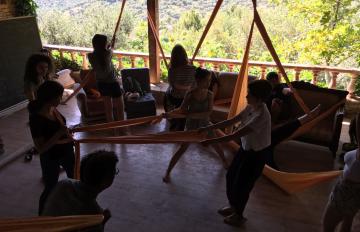 Developed by Leman S. Darıcıoğlu upon her attendance to “Cleaning the House’ workshop organised by the Marina Abramovic Institute, the workshop “The More Real The Deeper; The Deeper The More Real” contains exercises from this programme and reflects inspirations from the Abramovic Method.